Shanghai to host next WorldSkills games 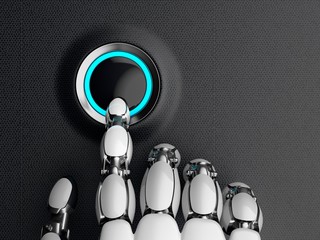 The flag of a major international skills event was handed over to Shanghai at the closing ceremony of the 45th WorldSkills Competition in Kazan, Russia, on Aug 27.

Team China, with 16 gold medals, ranked No 1 in the medal tally among the 63 participating countries and regions in the event.

Known as the Olympics of skills, WorldSkills is a global event in which participants compete in professional skills as well as exchanging their skills, experience and technological innovations.

At the closing ceremony, a team from Shanghai gave the Russian audience a tremendous performance of Chinese culture and art. Then the competition’s flag was handed from the Deputy Prime Minister of Russia, Tatyana Golikova, to Wang Yongqing, vice-chairman of the National Committee of the Chinese People’s Political Consultative Conference.

With the theme of “Master Skills, Change the World,” Shanghai has now taken the job of hosting the next competition in 2021.

Shanghai Mayor Ying Yong said he appreciated the support and help of the international community.

“Shanghai will maintain the connection with WorldSkills International and all its member countries. We will try our best to push the influence of WorldSkills to a higher level and keep encouraging more people to improve their lives by enhancing their professional skills,” Ying said.

Jos de Goey, newly elected president of WorldSkills International, said that Russia did a really good job in hosting the competition, and he is looking forward to the success of Shanghai in 2021.

He said China had proposed organizing a museum on World-Skills.

“There has been, since the 1950s, when WorldSkills started, a great history that so far we haven’t captured in the best possible way,” he said.

More than 1,300 competitors competed in 56 skill games this year.

China led overall with 35 medals, 16 of them gold, and Russia took second place with 14 golds among its 22 medals.

Twenty-year-old Chen Zifeng, of Guangzhou, Guangdong province, won a gold medal in the bricklaying project at the competition.

He said he felt excited about his performance and the final result.

“I think it’s my effort that brought this honor to me,” he said.

Russian President Vladimir Putin expressed confidence that the victories at the competitions will lead to big qualitative changes in the lives of young professionals.

“Those medals are not accidental. They have been earned with your talent, your labor, hard work and desire to prove that in any case there are such competencies that represent the highest level in a profession,” Putin said.