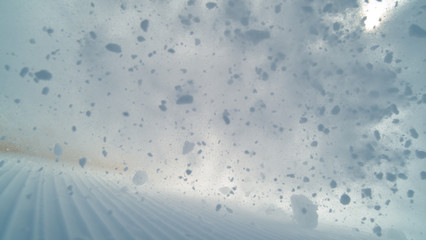 A Bulgarian Red Cross Mountain Rescue Service team dug out a Russian tourist who had spent two hours trapped under snow after an avalanche high in the Pirin mountains, local media said on February 29.

The Russian, accompanied by a compatriot also from Moscow, had been skiing off-piste high on the mountain’s Echmishte area near Bansko, reports said.

He remained alive because he had been able to breathe through a hole in the snow, according to the reports.

The Mountain Rescue Service reiterated its warning against off-piste skiing.

In an advisory on the morning of February 29, the Mountain Rescue Service described the danger of avalanches on the slopes facing east-north-east and north in that area of Bansko as significant.

The advisory said that there was fresh snow cover on a layer of icy surface. Higher temperatures and winds raised the risk. Particular care was advised when descending steep slopes and people should avoid passing over exposed slopes, the note said.