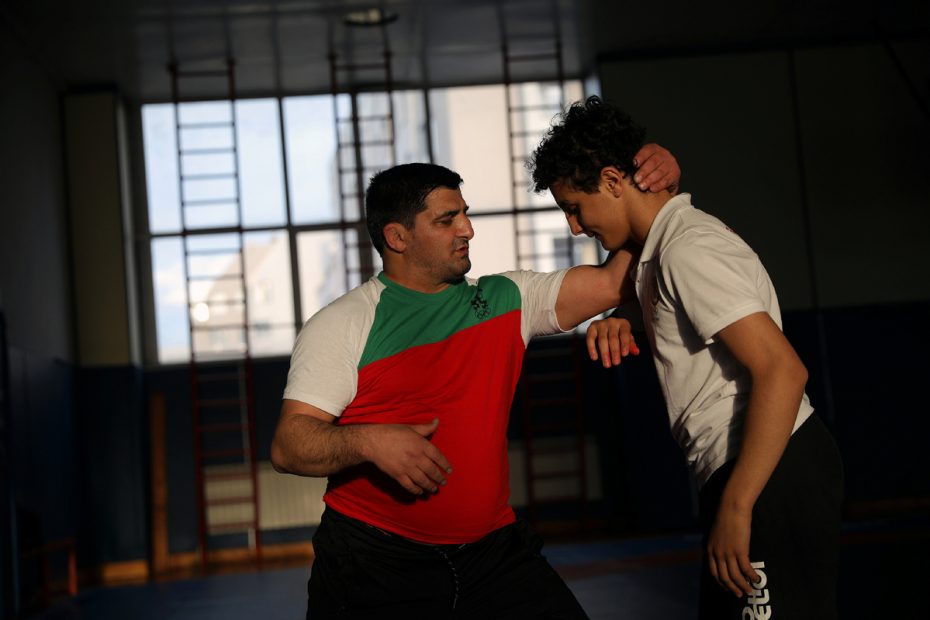 Bulgarian Greco-Roman wrestler Edmond “Eddie” Nazaryan is determined to emulate his father and stand on top of the Olympic Games podium with a gold medal hung around his neck.

Earlier this month, the baby-faced Eddie won the European title in the non-Olympic 55-kg category in Rome only three weeks after his 18th birthday and on his debut at a senior major championship.

On his way to gold, Nazaryan produced an impressive comeback win over the 2018 world champion and current world No 1, Azerbaijan’s Eldaniz Azizli, in the semifinals, and then dominated the final against European champion Vitalii Kabaloev of Russia.

Nazaryan now has his sights set on an Olympic gold medal and dreams of following in his father’s footsteps.

“The Olympic title definitely is my biggest goal,” Eddie told Reuters at a sports hall in the Dianabad district of Bulgaria’s capital, Sofia.

“I’m ready to go through all the hardships and challenges to feel the sweetness of the Olympic gold.

“I know who my father is and I know it’s a huge responsibility but I’m not afraid,” he added. “My first goal is to win the Olympic title and when I achieve that, I’ll start chasing another goal－to equal my dad’s Olympic record.”

Armen Nazaryan, however, is still unsure whether his son should take part in qualification for this year’s Tokyo Games, knowing that the youngster will have to put on some weight and compete in an unfamiliar 60-kg category.

“He’s still so young and he’s still not strong enough but the good thing is that he’s a real fighter,” he said. “He’s brave and he always thinks offensively at the mat.

“His zeal to win points is stronger than anything. You would never see him trying to keep his lead. We’ll see, he’ll probably compete at the Olympic qualification in Sofia at the end of April.”

Eddie Nazaryan lists chess among his hobbies and says his love of the ancient game is helping him to improve his skills.

“It helps me a lot, it’s a game of logic that develops the brain in a great way,” he said.

“Chess develops the speed of thought, it improves my decision-making skills and this is especially important in wrestling.”