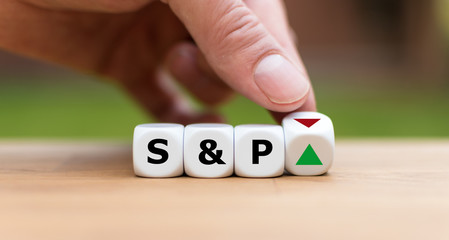 S&P Global Ratings has re-affirmed its long- and short-term foreign and local currency sovereign credit ratings on Bulgaria at ‘BBB/A-2’, but downgraded its outlook from positive to stable.

The change in outlook was due to the “significant deterioration of growth prospects for Bulgaria and other economies in 2020, mainly related to measures to contain the Covid-19 pandemic,” S&P said in a statement.

The increased macroeconomic and fiscal risks removed the likelihood of a credit upgrade in the near term, but the credit ratings agency said it expected Bulgaria’s strong fiscal and external balance sheets to counterbalance the adverse effects of the pandemic over the next two years.

“Bulgaria is entering the recession with a strong external balance sheet after years of external deleveraging, thanks to recurring current account surpluses. Moreover, government debt is low and Bulgaria has posted general government surpluses over the past four years,” S&P said.

Although the pandemic interrupted Bulgaria’s “strong growth trajectory” and its economy was projected to shrink by 6.5 per cent this year, S&P said that the country’s macroeconomic fundamentals would help absorb the shock before growth recovers in 2021.

“Similar to other countries in Central and Eastern Europe, Bulgaria is reporting fewer Covid-19 cases than many developed markets. We therefore think the economy will recover toward the end of 2020, mainly as domestic demand increases. We think that, in 2021, exports will recover as well, but the shock that Bulgaria’s trading partners are facing will likely dampen external demand compared with pre-pandemic years,” the credit ratings agency said.

It projected unemployment would more than double, from a record low 4.2 per cent in 2019 to nine per cent this year, while net government debt was expected to rise from 12 per cent of GDP to 17 per cent, as a result of the pandemic.

S&P noted that Bulgaria still aims to join the euro zone waiting room, the Exchange Rate Mechanism (ERM2) and the Banking Union in the coming months, but said that political considerations outside Bulgaria’s control could have an influence on whether the country does so by its July 2020 target.

“This is because the ultimate decision lies with the euro zone and Denmark’s finance ministers, as well as with the European Central Bank. ERM2 accession would, in our view, support the credibility of Bulgaria’s monetary policy framework,” the ratings agency said.

S&P said that in an upside scenario, a credit upgrade was possible if Bulgaria’s economy returned to its previous growth trajectory without a buildup of major macroeconomic imbalances, or if its external performance was significantly better than current projections.

Conversely, a downgrade was possible in case of balance-of-payment pressures or if Bulgaria’s policy response to the pandemic led to more significant or permanent macroeconomic or fiscal imbalances.